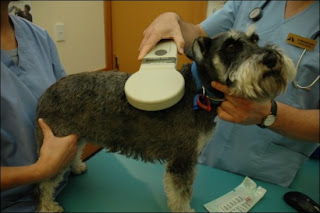 Many veterinarians recommend them, and most animal shelters require them. Identification microchips injected into the necks of cats and dogs are touted as useful in recovering lost pets because the devices store owner and medical information. But are they safe? A new lawsuit against Merck & Co., Inc., maker of the HomeAgain pet microchip, says they are not, noting that they can cause cancer to develop in pets.

Featured at www.ChipMeNot.org, a website launched to raise awareness about the harm caused to animals by microchips, the lawsuit alleges that Merck’s HomeAgain pet microchip induces cancerous tumors in pets. According to the suit, the defendant’s cat developed cancer after getting a chip implant, and according to reports, other animals have gotten cancer after getting chipped as well.