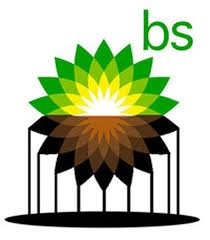 This is absolutely disgusting. BP is paying major out of town writers to come down to the Gulf and lie to the American people. Hundreds if not thousands of American citizens are sick from the toxic dispersant that has continually been sprayed throughout the Gulf of Mexico. No matter how hard BP tries, this disaster will continue to poison the gulf for years to come.
Travel writers visiting beaches on BP dime
pnj.com
Louis Cooper
What does it take to get a half dozen travel writers to Navarre Beach?

This weekend, it took a check from BP and a white stretch limousine.

Six travel writers — chauffeured around in a limo — are on Navarre Beach this weekend to get the word out that this summer’s BP oil spill is over, and the beach, along with the rest of Santa Rosa County, is open for tourism.

Using money from BP, the Santa Rosa County Tourist Development Council hosted a familiarization — or “fam” — tour for select out-of-town reporters, showing them the pristine beaches and other assets of the county….

Ron Stern, editor of www.JustSayGo.com based in Colorado, said he will tell his readers that the oil hype has been overblown.”What the national media has been saying is totally untrue, for the most part, and blown totally out of proportion,” Stern said