A talk given at the Houston Unschoolers Group Family Learning Conference 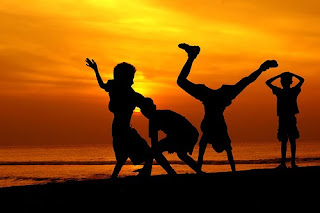 I suspect that not everyone in this audience knows who I am or why I’ve been invited to speak to you today. After all, I’ve never written a book or even an article about homeschooling or unschooling. I’ve been called a number of things: a futurist, a planetary philosopher, an anthropologist from Mars. Recently I was introduced to an audience as a cultural critic, and I think this probably says it best. As you’ll see, in my talk to you today, I will be trying to place schooling and unschooling in the larger context of our cultural history and that of our species as well.

For those of you who are unfamiliar with my work, I should begin by explaining what I mean by “our culture”. Rather than burden you with a definition, I’ll give you a simple test that you can use wherever you go in the world. If the food in that part of the world is under lock and key, and the people who live there have to work to get it, then you’re among people of our culture. If you happen to be in a jungle in the interior of Brazil or New Guinea, however, you’ll find that the food is not under lock and key. It’s simply out there for the taking, and anyone who wants some can just go and get it. The people who live in these areas, often called aboriginals, stone-age peoples, or tribal peoples clearly belong to a culture radically different from our own.

I first began to focus my attention on the peculiarities of our own culture in the early 1960s, when I went to work for what was then a cutting-edge publisher of educational materials, Science Research Associates. I was in my mid-twenties and as thoroughly acculturated as any senator, bus driver, movie star, or medical doctor. My fundamental acceptances about the universe and humanity’s place in it were rock-solid and thoroughly conventional.

But it was a stressful time to be alive, in some ways even more stressful than the present. Many people nowadays realize that human life may well be in jeopardy, but this jeopardy exists in some vaguely defined future, twenty or fifty or a hundred years hence. But in those coldest days of the Cold War everyone lived with the realization that a nuclear holocaust could occur literally at any second, without warning. It was very realistically the touch of a button away.

Human life would not be entirely snuffed out in a holocaust of this kind. In a way, it would be even worse than that. In a matter of hours, we would be thrown back not just to the Stone Age but to a level of almost total helplessness. In the Stone Age, after all, people lived perfectly well without supermarkets, shopping malls, hardware stores, and all the elaborate systems that keep these places stocked with the things we need. Within hours our cities would disintegrate into chaos and anarchy, and the necessities of life would vanish from store shelves, never to be replaced. Within days famine would be widespread.

Kids learn to read the same way they learn to speak.

Skills that are taken for granted among Stone Age peoples would be unknown to the survivors – the ability to differentiate between edible and inedible foods growing in their own environment, the ability to stalk, kill, dress, and preserve game animals, and most important the ability to make tools from available materials. How many of you know how to cure a hide? How to make a rope from scratch? How to flake a stone tool? Much less how to smelt metal from raw ore. Commonplace skills of the Paleolithic, developed over thousands of years, would be lost arts.

I’d been hired at SRA to work on a major new mathematics program that had been under development for several years in Cleveland. In my first year, we were going to publish the kindergarten and first-grade programs. In the second year, we’d publish the second-grade program, in the third year, the third-grade program, and so on. Working on the kindergarten and first-grade programs, I observed something that I thought was truly remarkable. In these grades, children spend most of their time learning things that no one growing up in our culture could possibly avoid learning. For example, they learn the names of the primary colors. Wow, just imagine missing school on the day when they were learning blue. You’d spend the rest of your life wondering what color the sky is. They learn to tell time, to count, and to add and subtract, as if anyone could possibly fail to learn these things in this culture. And of course they make the beginnings of learning how to read. I’ll go out on a limb here and suggest an experiment. Two classes of 30 kids, taught identically and given the identical text materials throughout their school experience, but one class is given no instruction in reading at all and the other is given the usual instruction. Call it the Quinn Conjecture: both classes will test the same on reading skills at the end of twelve years. I feel safe in making this conjecture because ultimately kids learn to read the same way they learn to speak, by hanging around people who read and by wanting to be able to do what these people do.

It occurred to me at this time to ask this question: Instead of spending two or three years teaching children things they will inevitably learn anyway, why not teach them some things they will not inevitably learn and that they would actually enjoy learning at this age? How to navigate by the stars, for example. How to tan a hide. How to distinguish edible foods from inedible foods. How to build a shelter from scratch. How to make tools from scratch. How to make a canoe. How to track animals – all the forgotten but still valuable skills that our civilization is actually built on.

Of course I didn’t have to vocalize this idea to anyone to know how it would be received. Being thoroughly acculturated, I could myself explain why it was totally inane. The way we live is the way humans were meant to live from the beginning of time, and our children were being prepared to enter that life. Those who came before us were savages, little more than brutes. Those who continue to live the way our ancestors lived are savages, little more than brutes. The world is well rid of them, and we’re well rid of every vestige of them, including their ludicrously primitive skills.

Our children were being prepared in school to step boldly into the only fully human life that had ever existed on this planet. The skills they were acquiring in school would bring them not only success but deep personal fulfillment on every level. What did it matter if they never did more than work in some mind-numbing factory job? They could parse a sentence! They could explain to you the difference between a Petrarchan sonnet and a Shakespearean sonnet! They could extract a square root! They could show you why the square of the two sides of a right triangle were equal to the square of the hypotenuse! They could analyze a poem! They could explain to you how a bill passes congress! They could very possibly trace for you the economic causes of the Civil War. They had read Melville and Shakespeare, so why would they not now read Dostoevsky and Racine, Joyce and Beckett, Faulkner and O’Neill? But above all else, of course, the citizen’s education – grades K to twelve – prepared children to be fully-functioning participants in this great civilization of ours. The day after their graduation exercises, they were ready to stride confidently toward any goal they might set themselves.

Granted that the schools do a poor job of preparing children for a successful and fulfilling life in our civilization, but what things do they do excellently well? Well, to begin with, they do a superb job of keeping young people out of the job market. Instead of becoming wage-earners at age twelve or fourteen, they remain consumers only – and they consume billions of dollars worth of merchandise, using money that their parents earn. Just imagine what would happen to our economy if overnight the high schools closed their doors. Instead of having fifty million active consumers out there, we would suddenly have fifty million unemployed youth. It would be nothing short of an economic catastrophe.

Of course the situation was very different two hundred years ago, when we were still a primarily agrarian society. Youngsters were expected and needed to become workers at age ten, eleven, and twelve. For the masses, a fourth, fifth, or sixth-grade education was deemed perfectly adequate. But as the character of our society changed, fewer youngsters were needed for farm work, and the enactment of child-labor laws soon made it impossible to put ten-, eleven-, and twelve-year-olds to work in factories. It was necessary to keep them off the streets – and where better than in schools? Naturally, new material had to be inserted into the curriculum to fill up the time. It didn’t much matter what it was. Have them memorize the capitals of every state. Have them memorize the principle products of every state. Have them learn the steps a bill takes in passing Congress. No one wondered or cared if these were things kids wanted to know or needed to know – or would ever need to know. No one wondered or ever troubled to find out if the material being added to the curriculum was retained. The educators didn’t want to know, and, really, what difference would it make? It didn’t matter that, once learned, they were immediately forgotten. It filled up some time. The law decreed that an eighth-grade education was essential for every citizen, and so curriculum writers provided material needed for an eighth-grade education.

Be the first to comment on "Schooling: The Hidden Agenda"