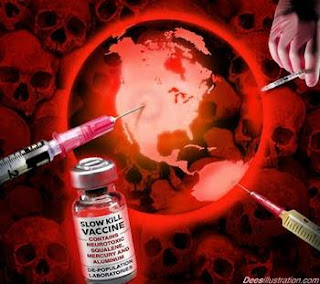 The H1N1 flu scare was a dismal failure. People informed about the health risks refused to get the vaccination. The United Nation’s World Health Organization tried to stampede people into getting the shot by declaring a level six pandemic. The CDC issued apocalyptic warnings. Most people ignored them.

The medical establishment, however, has not given up its efforts to convince people toxic vaccines are good for them.

A study published in the Canadian Medical Association Journal insists the seasonal flu vaccine reduces the risk of heart attack. In a study of almost 79,000 patients at 379 family practices in England and Wales, researchers claim annual flu vaccinations were associated with a significant drop in the rate of a first heart attack, according to the Canadian Press.

Dr. Niroshan Siriwardena, a family practitioner and a researcher at the University of Lincoln, said the study is hardly conclusive proof. “So there’s still a debate about whether this is a true link or not,” said Siriwardena, noting that the only way to confirm the results would be with randomized controlled trials, which would compare patients who get a flu shot against those given a dummy shot.

Governments frittered away billions of tax payer dollars on Big Pharma vaccinations. In the fourth quarter of 2009, one pharma monster, GlaxoSmithKline, sold $1.36 billion worth of H1N1 vaccine. By January of the following year, governments were canceling orders because people refused to take the vaccinations.

“Wall Street hucksters have nothing on Big Pharma, the CDC and the WHO, all of which conspired to mislead the public and generate irrational fear in order to make money selling people vaccine shots they never needed in the first place,” writes Mike Adams, the Health Ranger. “The drug companies raked in billions of dollars in revenues while providing a product that offered absolutely no net reduction in mortality. In fact, as the long-term side effects of the vaccines remain unknown, it could turn out that the vaccines actually result in a net increase in mortality.”

Be the first to comment on "Latest Vaccine Propaganda: It Prevents Heart Attacks"