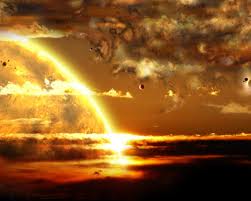 One fact is certain: the weather is getting more extreme by the minute.  Speculations range from the natural to the man-made; scientific to conspiratorial.  One article that we posted spoke of a galactic alignment set for December 21, 2012 marking the end of an age — and perhaps our planet.  The author of that post discussed the supporting evidence found by science writer Lawrence Joseph.  Joseph’s investigation spawned two excellent books for those open minded to the idea that our entire solar system is heading through a massive energy cloud in the coming few years;  in Apocalypse 2012

, Josephs cited the end of 2009 as a ramping-up period of increasingly strange weather and natural disasters.  And so here we are: more and more it looks like if the world does end — it will be in ice, not in fire.

The article posted below is one of the more measured and rational we have come across on the subject of the Planet X (Nibiru) theory of weather influence.  As the article intimates, one is likely either to find extreme denial on the NASA side, or an End Times-ready willingness to accept the arrival of Nibiru without question on the other side.  Is Nibiru causing (or contributing to) the global havoc we see around us?  We are keeping an open mind and welcome your comments.

As 2012 comes near, Planet X theory thrives
Source: From the Old

Some time ago NASA made an announcement. They discovered another planet called Planet X. Now just in this statement there are already thousands of people debating just that, even a NASA scientist in 2008 tried to debunk the Nibiru or Planet X “myths”.

Well if you know what this is all about you might as well skip the rest of this article. If you have never heard of the supposed planet-sized object heading this way then read on.

Like many other “conspiracy theories” it should contain some truth because conspiracy theories are just that, most of them are truth of something that happened without those that believe it being able to entirely prove it or they do not get the opportunity to prove the facts behind most conspiracy theories, hence they remain conspiracy theories.. Although that also is not always the case the Niburu theory does get pretty convincing once you do some research.

Between 1982 and 1984 various newspapers and magazines published stories about the 10th planet, a planet so far that scientists described it as a mysterious object from outer space. (yes, their choice of words was much like everything else of the day).

In June of 1982 John Anderson of the Jet Propulsion Laboratory in Pasadena, California said that a 10th planet is most likely the cause of orbital snags, this planet was said to be further than 4 billion miles away at the time.

Then between 1982 and 1983 there were various reports of Planet X (X meaning 10th or 10 for the 10th planet in our solar system). Some of the reports claimed that a gravitational force was causing irregularities in the orbits of Neptune and Uranus.

After the prediction Pluto was found but scientists believed that was not the large planet that would be able to cause the irregularities with the planets.

Then between 1983 and 1984 Dr Thomas C van Flandern said that the irregularities could be explained by this undiscovered planet, the one that many call Niburu or Planet X.

In those days (1980’s) it was predicted that “planet X” was between 2 and 5 times bigger than earth.

From those days the story lived on and still does until today, it has however gotten a few twists. In the 1990’s Voyager 2 spacecraft found that the observed irregularities were due to miscalculations of Neptune’s mass.

Scientists mostly “agree” that Planet X does not exist, however many feel this is just a coverup, a conspiracy. Some scientists believe that Planet X is indeed the only way to explain some anomalies in the outer Solar System.

Be the first to comment on "2012, Planet X, and Extreme Weather: Theories Compete to Explain Significant Events"