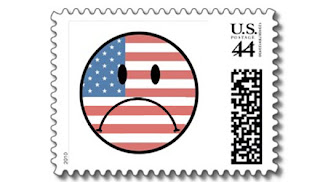 WASHINGTON, Aug 5 (Reuters) – The U.S. Postal Service reported a quarterly net loss of $3.5 billion on Thursday and said it will likely have a cash shortfall going into 2011.

The agency, which delivers nearly half the world’s mail, has reported net losses in 14 of the last 16 fiscal quarters.

Revenue in the third quarter that ended June 30 fell $294 million to $16 billion from a year ago, while expenses were $789 million higher at $19.5 billion, due largely to higher workers’ compensation costs and retiree health benefits.
“Given current trends, we will not be able to pay all 2011 obligations,” said Joseph Corbett, the agency’s chief financial officer.
Cash flow seems on track to handle 2010 operations, Corbett said, but it is uncertain whether sufficient liquidity will be in place for 2011 after the agency must make a $5.5 billion payment on Sept. 30 to prefund retiree health benefits.

“It is clear that a liquidity problem is looming and must be addressed through fundamental changes requiring legislation and changes to contracts,” Corbett said.

A U.S. law requires annual payments through 2016 to prefund the health benefits, a requirement not placed on any other government agency. The Postal Service is pushing for legislation that would restructure this payment schedule.

Congress lowered the amount the Postal Service was obligated to pay to prefund benefits in 2009, but there has been no indication that will happen again this year.

To remain solvent, the Postal Service is also seeking Congressional approval to cut Saturday service, and has proposed price hikes for 2011 that require approval from the Postal Regulatory Commission. [ID:nN06102566]

The Affordable Mail Alliance, consisting of hundreds of small businesses, charities, and other customers of the Postal Service, contested the service’s predictions of a cash shortfall.

The group said certain filings suggest the agency will have $1.3 billion in cash after making the benefits payment.

“Unfortunately, the Postal Service seems to be attempting to justify their proposed rate hikes of ten times the rate of inflation – a move that would drive away more consumers and worsen the financial situation they’re highlighting in this report,” said Tony Conway, a spokesman for the group and executive director of the Alliance of Nonprofit Mailers.

The Postal Service faces a continued downward spiral in mail volume, as more Americans communicate by email and electronically pay their bills.

Some 40.9 billion pieces of mail were delivered in the third quarter that ended June 30, down 1.7 percent from the same period a year ago.

While the global recession sparked unprecedented drops in mail volume, the increased popularity of email and competition from FedEx Corp (FDX.N), United Parcel Service Inc (UPS.N) and other delivery services have long cut into the agency’s mail volume.

Postmaster General John Potter said the Postal Service is expected to achieve around $3 billion in cost reductions in 2010 through cuts in work hours to match declining volumes and other initiatives, but more is needed to secure the agency’s fiscal stability.

“It also will require that the Postal Service gain flexibility within the law to move toward five-day delivery, to adjust our network as needed, to develop new products the market demands, and to work with our unions to meet the challenges ahead,” he said. (Reporting by Jasmin Melvin; Editing by Tim Dobbyn)

Be the first to comment on "US Postal Service loses $3.5 bln in third quarter"