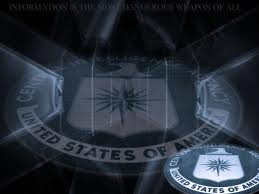 The CIA is opening a counterproliferation center to combat the spread of dangerous weapons and technology, a move that comes as Iran is on the verge of fueling up a new nuclear power plant.

CIA Director Leon Panetta said Wednesday that the new unit would place CIA operators side by side with the agency’s analysts to brainstorm plans to “confront the threat of weapons of mass destruction – nuclear, chemical and biological.”

The center would formalize the collaboration between the agency’s analysts and operators, a close working relationship that CIA spokesman George Little said already has yielded intelligence successes.

Little cited their work in last year’s revelation of the “discovery of the Syrian covert nuclear reactor and Iran’s undeclared uranium enrichment facility near Qom.” That Iranian city is the ideological center of Iran’s Shiite rulers.

Paul Brannan, a senior analyst at the Institute for Science and International Security, said another CIA success was the slowing down of Iran’s nuclear centrifuge operations at Natanz. The agency, he said, sneaked “faulty parts into Iran’s nuclear supply chain.”

That operation, Brannan said, “is an example of where you’d need both analysts to tell you what type of parts would Iran need that you could inject, and the operations side to work with trading companies to try to get the parts in there.”

The CIA’s new center goes into effect just as Iran’s Bushehr power plant gets stocked with fuel rods provided by Russia. Uranium fuel will be loaded into the Bushehr reactor on Saturday, beginning a process that will last about a month and end with the reactor sending electricity to Iranian cities, Russian and Iranian officials said.

Brannan said the Bushehr site is not a proliferation threat since Iran does not have the ability to reprocess the spent fuel into nuclear weapons-grade material.

But that site will be watched closely not only by the CIA but by other elements of the intelligence community. The overall effort is led by the National Counterproliferation Center, which is under the Office of the Director of National Intelligence.

One senior intelligence official said that when the Bushehr plant goes operational, analysts at all the agencies will examine data such as radar and satellite images of the site separately, and then may share their observations over secure top-secret systems. The official spoke on condition of anonymity to discuss the sensitive issue of overlapping intelligence responsibilities.

They’ll be watching for things like a heat signature on radar images, Brannan said. They will also be tracking, as much as they can from imagery, vapor leaving the cooling towers, which would indicate Bushehr is “hot,” the intelligence official said, or whether the Iranians “are trying to siphon anything off” the reactor to any of their other facilities.

The Iranians have been known to go to elaborate lengths to obscure their actions from view. The commercial satellite company GeoEye tracked Iran’s Natanz nuclear facility over several years, which showed how the Iranians first built two large 550-by-550-foot chambers at ground level, and then buried the vast site.

A second set of buildings, complete with landscaping, was then constructed nearby, apparently to look like the real facility, while the original construction is now underground and completely invisible from the sky.

Be the first to comment on "CIA forms new center to combat nukes, WMDs"