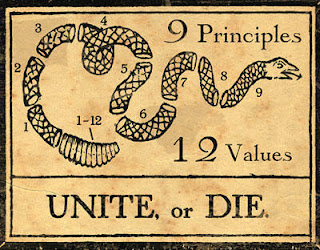 It has been reported that 46 states are on the verge of bankruptcy.  Since states are Constitutionally mandated to balance their budgets, and do not possess the ability to print money, they’re finding themselves in a critically weakened position to challenge the Federal Government.

In our republic, states have sovereignty to create and enforce their own laws as long as they don’t violate the U.S. Constitution.  The Tenth Amendment gives states the freedom from Federal laws and regulations if they deem them to be unconstitutional.

The Tenth Amendment: which makes explicit the idea that the Federal government is limited only to the powers granted in the Constitution, is generally recognized to be a truism. States and local governments have occasionally attempted to assert exemption from various federal regulations, especially in the areas of labor and environmental controls, using the Tenth Amendment as a basis for their claim.

The amendment states but a truism that all is retained which has not been surrendered. There is nothing in the history of its adoption to suggest that it was more than declaratory of the relationship between the national and state governments as it had been established by the Constitution before the amendment or that its purpose was other than to allay fears that the new national government might seek to exercise powers not granted, and that the states might not be able to exercise fully their reserved powers…(Source)

Recently, it seems the Federal government is overstepping their authority and infringing on the sovereignty of states.  Furthermore, given that many broke states will most certainly require a Federal bailout to maintain their basic social structures, we can assume that the Feds will use that to impose even stronger controls.

The Federal government has clearly violated California state law regarding medical marijuana by raiding state-approved legal dispensaries and grow-ops.  And now, Obama and company are suing Arizona to overturn their new anti-illegal immigration law, which is essentially a reiteration of the Federal law, just with plans to actually prosecute it.

Additionally, we have seen the steady erosion of the Posse Comitatus Act, which prohibits the use of the military for local law enforcement.  Stories of active military and the National Guard helping local law enforcement on operations as routine as random traffic checkpoints and local crimes such as illegal gun and drug searches are becoming everyday news — again a clear violation of the Tenth Amendment.

It is clear that the goal of Federal government is to centralize and consolidate control as much as possible.  Liberty advocates have a growing concern that states teetering on the verge of bankruptcy will require Federal bailouts that will come with sovereignty-smashing strings attached.  Based on the clear violations already exhibited by the Federal government, we can only assume that more centralized oppression is on the way.

2 Comments on "Federal Government Working to Remove Sovereignty of States"