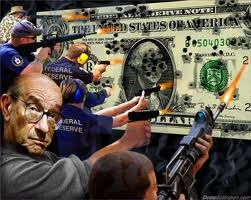 Most Americans still appear to be operating under the delusion that the “recession” will soon pass and that things will get back to “normal” very soon.  Unfortunately, that is not anywhere close to the truth.  What we are now witnessing are the early stages of the complete and total breakdown of the U.S. economic system.  The U.S. government, state governments, local governments, businesses and American consumers have collectively piled up debt that is equivalent to approximately 360 percent of GDP.  At no point during the Great Depression (or at any other time during our history) did we ever come close to such a figure.  We have piled up the biggest mountain of debt that the world has ever seen, and now that gigantic debt bubble is beginning to pop.  As this house of cards comes crashing down, the economic pain is going to become almost unimaginable.

Already, things are really, really, really bad out there.  Unemployment is at shockingly high levels.  Foreclosures and personal bankruptcies continue to set new all-time records.  Businesses are being shut down at a staggering rate, more than 40 million Americans are on food stamps, and the U.S. government continues to pile up debt at blinding speed.
There is no use sugar-coating it.
The U.S. economy is collapsing.
The following are 40 bizarre statistics that reveal the truth about the collapse of the U.S. economy….
1 – According to one shocking new survey, 28% of U.S. households have at least one member that is looking for a full-time job.
2 – A recent Pew Research survey found that 55 percent of the U.S. labor force has experienced either unemployment, a pay decrease, a reduction in hours or an involuntary move to part-time work since the recession began.
3 – There are 9.2 million Americans that are unemployed but that are not receiving an unemployment insurance check.

4 – In America today, the average time needed to find a job has risen to a record 35.2 weeks.
5 – According to one analysis, the United States has lost 10.5 million jobs since 2007.
6 – China’s trade surplus (much of it with the United States) climbed 140 percent in June compared to a year earlier.
7 – This is what American workers now must compete against: in China a garment worker makesapproximately 86 cents an hour and in Cambodia a garment worker makes approximately 22 cents an hour.
8 – According to a poll taken in 2009, 61 percent of Americans “always or usually” live paycheck to paycheck.  That was up significantly from 49 percent in 2008 and 43 percent in 2007.
9 – According to a recent poll conducted by Bloomberg, 71% of Americans say that it still feels like the economy is in a recession.
10 – Banks repossessed 269,962 U.S. homes during the second quarter of 2010, which was a new all-time record.
11 – Banks repossessed an average of 4,000 South Florida properties a month in the first half of 2010, up 83 percent from the first half of 2009.
12 – According to RealtyTrac, a total of 1.65 million U.S. properties received foreclosure filings during the first half of 2010.
13 – The Mortgage Bankers Association recently announced that demand for loans to purchase U.S. homeshas sunk to a 13-year low.
14 – Only the top 5 percent of U.S. households have earned enough additional income to match the rise in housing costs since 1975.
15 – 1.41 million Americans filed for personal bankruptcy in 2009 – a 32 percent increase over 2008.
16 – Back in 1950 each retiree’s Social Security benefit was paid for by 16 workers.  Today, each retiree’s Social Security benefit is paid for by approximately 3.3 workers.  By 2025 it is projected that there will be approximately two workers for each retiree.
17 – According to a new poll, six of 10 non-retirees believe that Social Security won’t be able to pay them benefits when they stop working.
18 – 43 percent of Americans have less than $10,000 saved for retirement.
19 – According to one survey, 36 percent of Americans say that they don’t contribute anything to retirement savings.
20 – According to one recent survey, 24% of American workers say that they have postponed their planned retirement age in the past year.
21 – The Conference Board’s Consumer Confidence Index declined sharply to 52.9 in June.  Most economists had expected that the figure for June would be somewhere around 62.
22 – Retail sales in the U.S. fell in June for a second month in a row.
23 – Vacancies and lease rates at U.S. shopping centers continued to get worse during the second quarter of 2010.
24 – Consumer credit in the United States has contracted during 15 of the past 16 months.
25 – During the first quarter of 2010, the total number of loans that are at least three months past due in the United States increased for the 16th consecutive quarter.
26 – Things are now so bad in California that in the region around the state capital, Sacramento, there is now one closed business for every six that are still open.
27 – The state of Illinois now ranks eighth in the world in possible bond-holder default.  The state of California is ninth.
28 – More than 25 percent of Americans now have a credit score below 599, which means that they are a very bad credit risk.
29 – On Friday, U.S. regulators closed down three banks in Florida, two in South Carolina and one in Michigan, bringing to 96 the number of U.S. banks to be shut down so far in 2010.
30 – The FDIC’s deposit insurance fund now has negative 20.7 billion dollars in it, which represents a slight improvement from the end of 2009.
31 – The U.S. federal budget deficit has topped $1 trillion with three months still to go in the current budget year.
32 – According to a U.S. Treasury Department report to Congress, the U.S. national debt will top $13.6 trillion this year and climb to an estimated $19.6 trillion by 2015.
33 – The M3 money supply plunged at a 9.6 percent annual rate during the first quarter of 2010.
34 – According to a new poll of Americans between the ages of 44 and 75, 61% said that running out moneywas their biggest fear. The remaining 39% thought death was scarier.
35 – One study found that as of 2007, the bottom 80 percent of American households held about 7% of the liquid financial assets.
36 – The bottom 40 percent of all income earners in the United States now collectively own less than 1 percent of the nation’s wealth.
37 – The number of Americans with incomes below the official poverty line rose by about 15% between 2000 and 2006, and by 2008 over 30 million U.S. workers were earning less than $10 per hour.
38 – According to one recent study, approximately 21 percent of all children in the United States are living below the poverty line in 2010 – the highest rate in 20 years.
39 – For the first time in U.S. history, more than 40 million Americans are on food stamps, and the U.S. Department of Agriculture projects that number will go up to 43 million Americans in 2011.
40 – A new Rasmussen Reports national telephone survey has found that just 23% of American voters nationwide believe the federal government today has the consent of the governed.

Be the first to comment on "40 Bizarre Statistics That Reveal The Horrifying Truth About The Collapse Of The U.S. Economy"